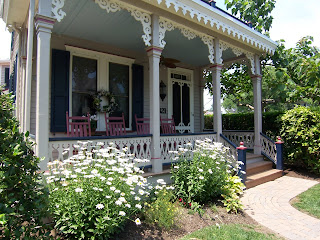 Okay, this is going to be the last one. I promise.

If you haven’t already guessed, this is one more blog about the love of my life: my house in Cape May (with apologies to the hub). We got an email last night from the new owner; they said “we love the house.”

I’m sure that was supposed to make me feel better. And I’m almost sure that I’ve uttered the exact same thing to previous owners of homes that I’ve bought.

And I’m absolutely positive that they wanted to rip my throat out when I said it.

Because no one will love the house like we did. Not even if the house stands for another 100 years (and since the hub and I just rebuilt the foundation, it should).

So, here are some more of my THE LAST ramblings on my baby:

People We Almost Killed. Hey, renovation isn’t for sissies. My dad almost died the day we carried this solid wood television cabinet (otherwise known as the beast) up the front stairs of the porch All By Himself. The story was that the guys who were holding the other corners couldn’t fit through the door, and Dad ended up carrying the whole thing for about three feet. I’ll be glad when flat-screen televisions let us get rid of these widow-makers once and for all. 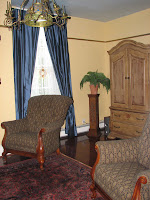 Our painter almost died when he didn’t eat lunch, and passed out in his van from diabetes. Luckily, I had some orange juice handy and we revived him. He didn’t give us a break on the paint job. I almost killed him myself four years later when we paid him to power wash the house, and he disappeared. We learned later that he was in jail. “For a long, long time,” the sheriff told us. Hey, tack on a couple more years for skipping out with our powerwash money.

To hear our contractor friend Mr. Mark tell it, he almost died the day he was renovating the shed out at the pool. We knew that the floor was rotted, and we knew that something must have lived there at one time. Turns out, one time was just enough for Mr. Mark, who pulled up a floorboard and found a nasty looking possum looking back at him. Mr. Mark was dropped off at an orphanage by his mother when he was about 6, he almost died in a motorcycle accident years ago, and he just had emergency heart surgery in February. But if you ask him, he came closest to death in 2002, when he came face-to-face with those beady little eyes.

I could add the mother-in-law here, for dumping a gallon of paint on one of the only rugs in the house that we had planned on keeping. But I wasn’t really mad for long…and the room looked much better with a painted floor, anyway.

Plants I loved. There is nothing like gardening at the beach. Planting a ton of flowers and then leaving for six weeks. Missing the peak season of almost everything. But here are some things I will miss: The several thousand muscari bulbs I planted (seriously…while I certainly am not above gross exaggeration in this blog, it really was about 2,000 bulbs over the years). The peonies, that looked so good in the garden but that were just one more vehicle for ants to come in the house. Hydrangeas, the official flower of Cape May, even if mine never did look awesome. The clematis my neighbor said would never grow, which did anyway. 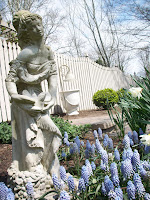 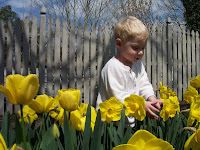 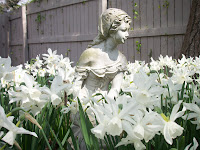 (One of these statues is not like the others. Which one is different…do you know?)

Ghosts that Walked Among Us (allegedly).  When we first bought the house, and hired our first lawn guy (he would be one of a long string of guys who didn’t seem to know what he was doing), he mentioned to us that a woman named Mrs. Undy lived in the house for a long, long time. He also mentioned that he and his brother were completely positive that she was a witch. (The meanness that society extends to single, older women will be another blog for another day).

Anyway, Grassy Eddy and his brother used to dare each other to run up on the house’s front porch and touch the front door. And then they screamed like little girls when Mrs. Undy came out to yell.

When we bought the house, there was an old, scratchy, red wool cape in one of the closets (all of the closets were full–we threw out about 25 pairs of shoes). My FIL was sure that it was Mrs. Undy’s. I was sure that she wore it to her grandmother’s house, through the wolf-ridden hills of southern New Jersey.

Whether she was the inspiration for Little Red Riding Hood or not, Mrs. Undy and I became great friends through the past 10 years. I talked to her frequently when we were working on the house, asking her if she liked it, asking her to finish painting the trim while I was gone for the weekend (she never painted anything, as far as I could tell).

I talked to her again two weeks ago, when we left for the last time. I tried to smell some faint perfume, or see something out of the corner of my eye, but all I detected was the leftovers from Tony’s that were smelling up the trash.

Goodbye, Mrs. Undy. I will be really pissed if you show yourself to the new owners!

People that we loved. Without fail, every time we had a big group of people at the house, my husband  would say to me at night “It’s nice having the whole house full.” And it was. 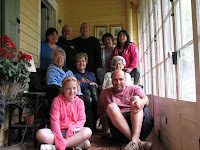 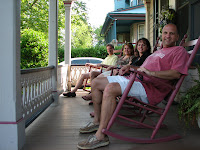 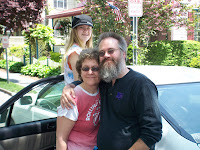 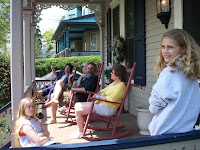 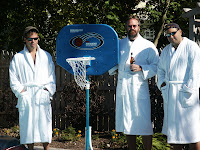 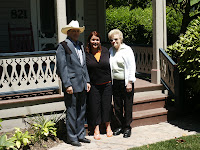 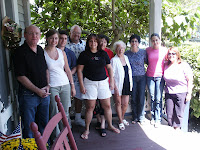 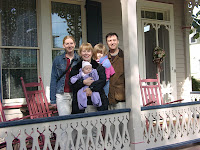 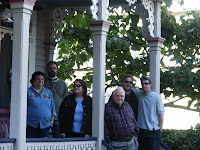 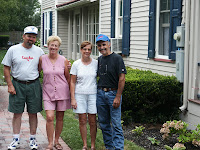 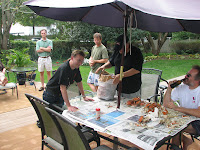 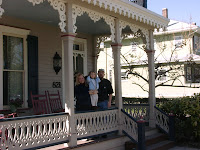 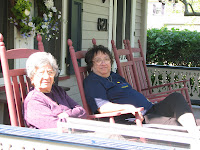 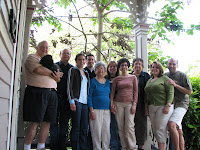 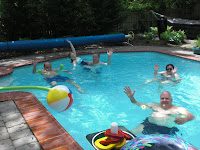 Okay, I need to stop. Right. Now. This is the last blog you’ll see about this house. I’ve already overstayed my welcome as the last guest at the pity party.
To the new owners, Dave and Renee: I truly hope that you do have as many good memories in the house as we had.
To all our friends and family: we’ll see you all at the NEXT house!!!!!!