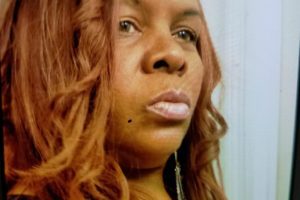 Favorite room(s): The Coquina Suite (love that stone wall!), the Governor White (love the sitting area!) and the Bridge of Lions (love that you can see the bridge, and the downtown, and the water all at once).

It seems appropriate that someone whose last name is Baker would be the person who baked the pie that one of our guests paid $100 for. Yes, that’s a true story–one of our guests really did pay $100 for one of Laverne’s pies. But he only did that after the baker (Laverne Baker) declined his marriage proposal.

This whole thing sounds like a fabrication, so let’s start at the beginning.

Where it All Started

Laverne Baker is one of our longest-tenured employees, starting at the Bayfront Marin on September 5, 2004 (just a year after the Bayfront Marin House opened). Her story started long before we bought the inn–she came here right after beauty school, which explains her always-on-point lashes and super glamorous hairstyles. When we came along in 2010, Laverne was a housekeeper, serving breakfast and cleaning rooms and making us laugh with stories of her big family and their antics.

We learned early on that Laverne is a big sports fan. She knows everything about football, and that big family of hers includes 49ers running back Frank Gore. You’ll see in the photo at the end of this blog that Mike somehow convinced her to wear a Ravens jersey for the Superbowl in 2013 (she told us that we could never send the pic to Frank). That’s the kind of person she is–she’ll do almost anything for family, and that often includes her family at work.

It took us a few years to learn that Laverne is also a magician in the kitchen. Around the same time as the football photo was taken, we were expanding the number of items we made in-house, and we needed another cook who wasn’t afraid of trying new recipes. A little birdie told us that Laverne used to cook at a retirement center. And she loved to cook for that big family of hers…so we begged her to make breakfast and happy hour for our big family of guests a couple of times a week.

(On a personal note: When we say big family, we mean it–Laverne has had 8 children!! The oldest of her kids is 43 now, and the youngest–Centrelle–is 23. We know Centrelle the best, as she joined us every year at the annual Holiday Bed and Breakfast tour. We watched her grow up from a cute girl with a huge smile into a lovely young woman. Centrelle still has a great smile–and in fact, is now working as a dental hygienist. Centrelle was Laverne’s second daughter; Laverne lost her first daughter when she was only eight. Minne Kimwanalee  was so loved by everyone that Webster Elementary School named a wing in her honor when she passed away. Minne Kimwanalee’s name is a great example of how much Laverne loves her family–Minne was her baby’s maternal grandmother, and Kimwanalee was a combination of the names of her paternal grandmother, and two of her aunts. I never knew the story behind her baby’s musical sounding name until I asked her for this blog.)

Now let’s get back to this pie story.

How it All Started

We make a homemade dessert every night. We have some favorites (any time you see rhubarb in a recipe, it was a request from the hub), but our bakers often bring recipes of their own. Laverne brought a family favorite–a pie full of berries, which tasted like summer love between two crusts. I forget what we used to call the pie back then–let’s say we called it Very Berry Pie.

Anyway, one night the Very Berry Pie was on the happy hour table, and one of our guests tried a piece. Then another. He demanded to meet the baker, saying that he wanted to marry her on the spot. We (along with his traveling partner) talked him out of an impromptu proposal, and we began calling the pie Marry Me Berry Pie.

We investigated ways to ship the pie to New York. We found a container that would hold the pie in place, and ice packs to keep it cold. We priced out overnight shipping, along with the materials needed to get the pie there safely. When we added in the price of the fruit and crust, it came to $46. Fifty dollars, we told the guest. We obviously didn’t make anything on the pie, but we still felt bad charging that much money!

We shipped the pie to New York, hoping that our packaging would help it arrive intact. We didn’t hear anything for about two weeks.

Then the guest called us. Did you like the pie? we asked, hoping it was everything that he remembered.

“I didn’t even eat it,” he said. “I had the flu, and the pie was delivered, and it sat at the front door for three days before I went out to get it.”

We felt terrible–all that money, and he didn’t get to eat it? Why was he calling now? Did he want a refund? Did he want the recipe to make it for himself?? Did he want to complain about packaging that didn’t last three days???

“Can you send me a second pie?” he asked.

We said of course we would. He agreed to pay another $50.

As we were buying the materials to send another pie, it occurred to us that the biggest expense was the shipping. So we called our guest and asked if he’d like two pies, for the same price. Not surprisingly, he thought that sounded great.

We’ve had a lot of strange requests at the inn over the years, but we’ve never had anyone else pay $100 to have one of our desserts shipped to their home. Obviously, it was a pretty special pie. Made by a pretty special member of our team.

Thank you Laverne, for being a special part of our big crazy inn family!!

(PS–The recipe for Laverne’s $100 pie is in our Bayfront Marin House cookbook–coming soon!)